In November 2019, Ethan Castro and Valtteri Salomaki, students at UCR, co-founded EDGE Sound Research. In only two months, they are finalizing the prototype of their first product, “ResonX”, with a team of engineers from UCR.

EDGE Sound Research originated from Ethan Castro’s life experiences as a hard of hearing music producer and engineer. He was born hard of hearing, but fell in love with sound early on. Ethan remembers laying down next to the subwoofer and feeling the bass and drums travel through the floor across his body. It was the only time he felt truly connected to the music. As this love affair with sound continued into music production, Ethan started to use different speakers as studio monitors, including a small coaxial speaker that he would place under his seat, facing up, so he could feel what he thought he was hearing.

Valtteri Salomaki is an MBA student at UCR’s School of Business, concentrating in Information Systems and Marketing Strategy. He is a co-founder of Free Logic Media, which builds digital strategies and integrates technologies for startups and small businesses in the Inland Empire. He also works as a student technician at ESRI for the Integrated Marketing and Digital Performance Management teams.

Ethan and Valtteri began working together in spring 2019 to produce and promote promising musicians at UCR in a collaboration between EDGE Original Inc. and Free Logic Media. They have formed a strong relationship over the past nine months working on various projects and new business opportunities in the entertainment industry.

Since November, the R&D team consisting of an interdisciplinary collaboration between Music and Engineering students meet at EARS once to twice a week to advance research in tactile-audio. 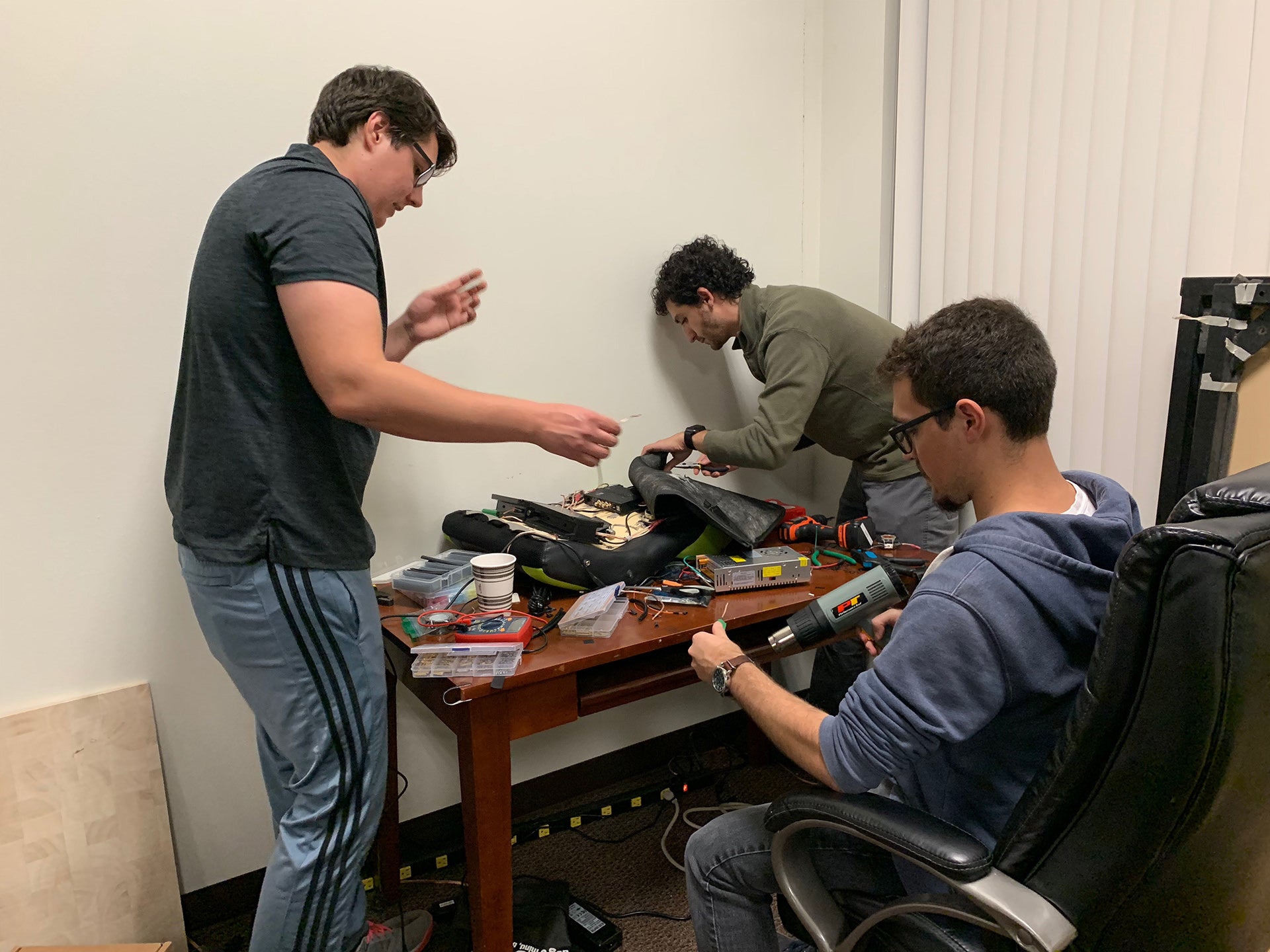 From Left-Right, Julian Bell (EE), Ethan Castro (Music), and Keith Hussain (CE) work together at EARS to complete a gaming chair prototype with technology embedded directly into the seat. 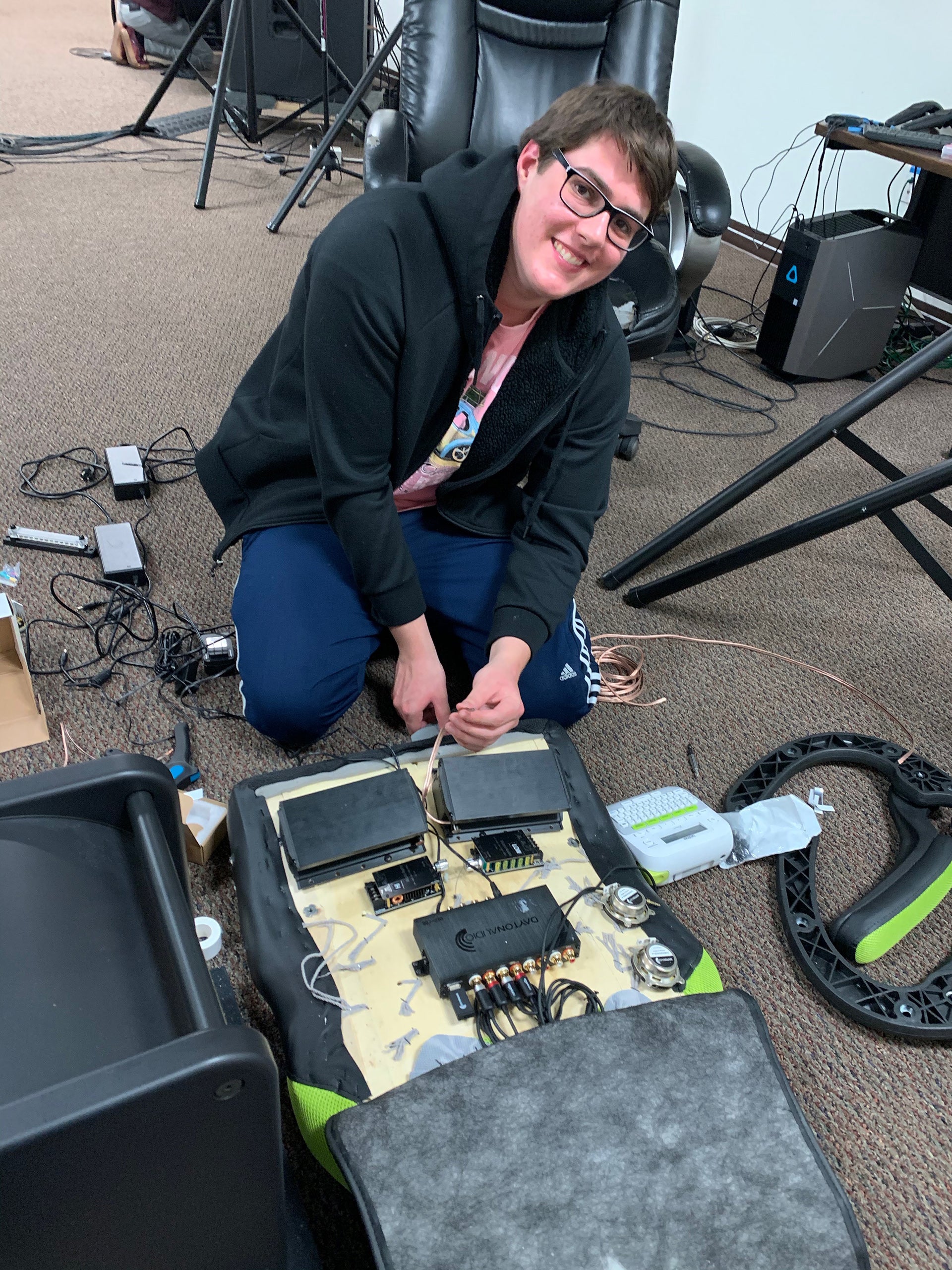 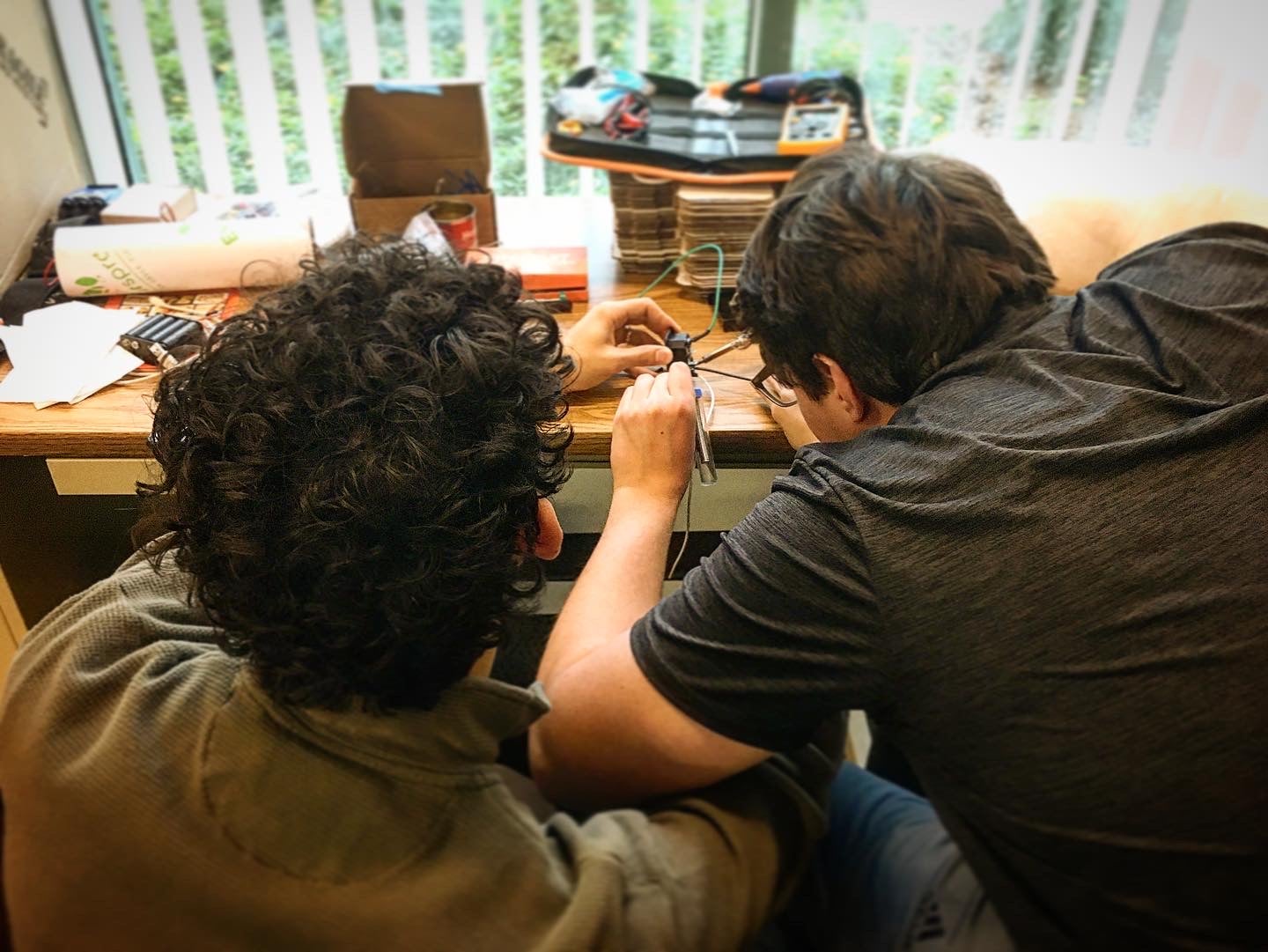 Ethan Castro (Music) and Julian Bell (Electrical Engineering) work together to finish details of components for prototypes at EARS.