Songwriting camps are used by publishing companies to grow their catalog of songs written by signed writers, in order to ramp up sync opportunities (being paid to synchronize a song with a commercial video - film, advertisement, etc.).

A typical focused songwriting event called a ‘session' involves one to two writers, and possibly an engineer to operate the computer and recording equipment for rough melody idea recording. These recordings are typically not carried over to the final product, as a featured singer/artist will be the one to record the final vocals once the melody, lyrics, and even production elements are yet to be finalized in the songwriting phase.

EARS at UCR took on a new challenge during the 2020 COVID-19 Pandemic by hosting virtual songwriting camps through the video communication platform, Zoom. Participants were separated into three groups and were given exactly two hours to create a body of work. This virtual songwriting camp proved to be extremely successful and may be the key to keeping EARS alive in the coming months while students are social distancing.

The ASYLUM Camp The camp brought together 32 composers and music creatives from UC Riverside, and the surrounding community for two days of sharing and communal learning at the EARS Studio at UC Riverside.

For the JOY Camp, we strategized to create specific groups of producers and songwriters to efficiently accomplish the compositional task provided by the sponsor of the opportunity - Joy Ndombeson. We were charged with two (2) half days, and one (1) full day to create at least ten (10) complete song ideas to accompany ten (10) stories written by Ndombeson for a theatrical presentation. We paired two songwriters with two producers in each group (to the best of our ability). 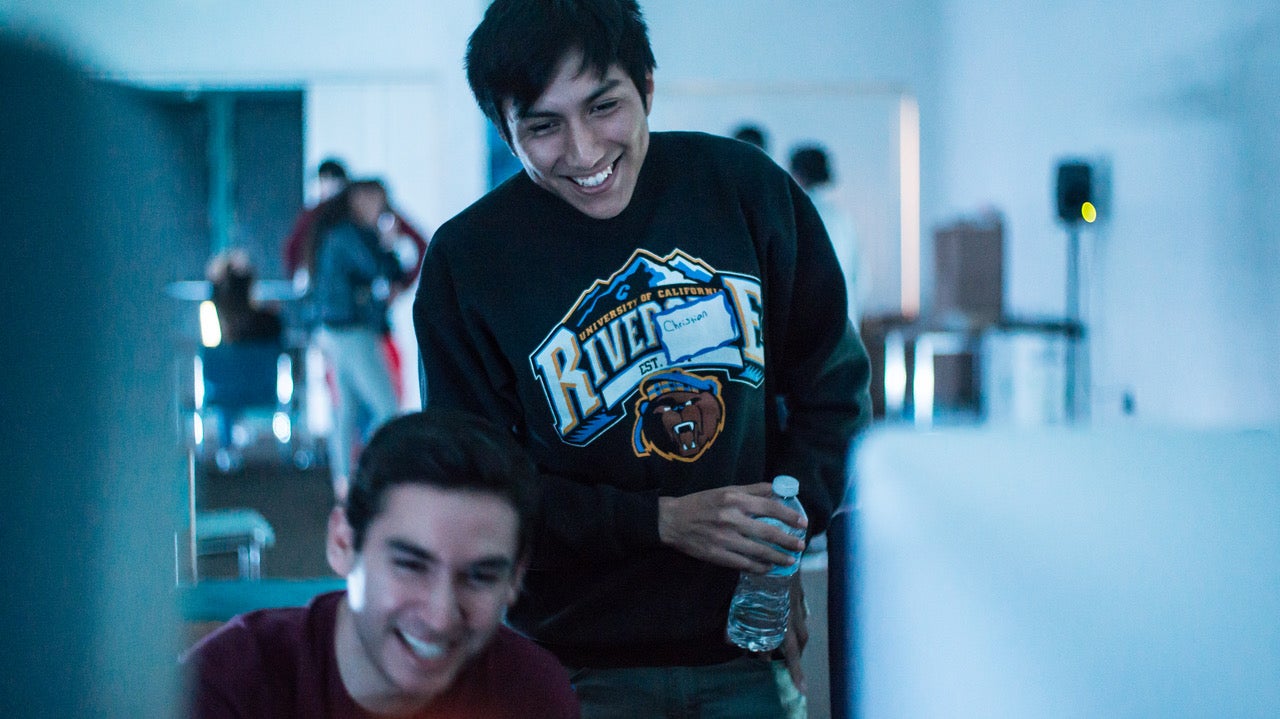 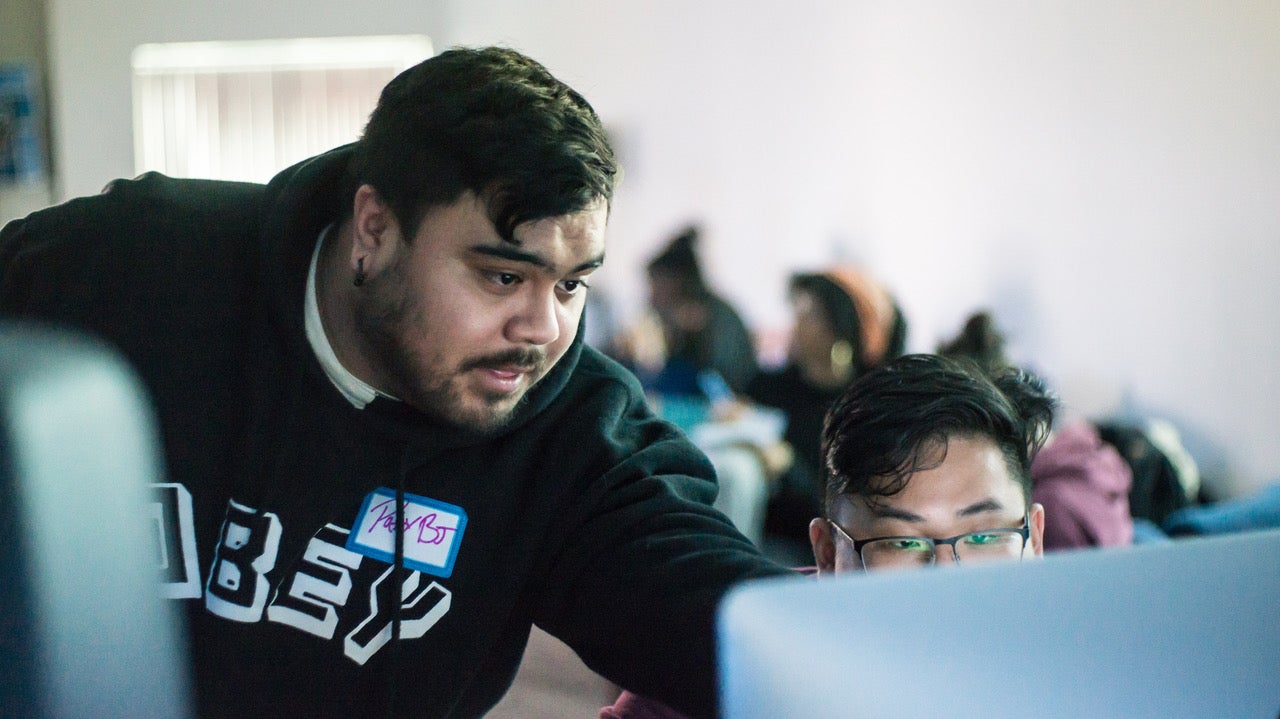 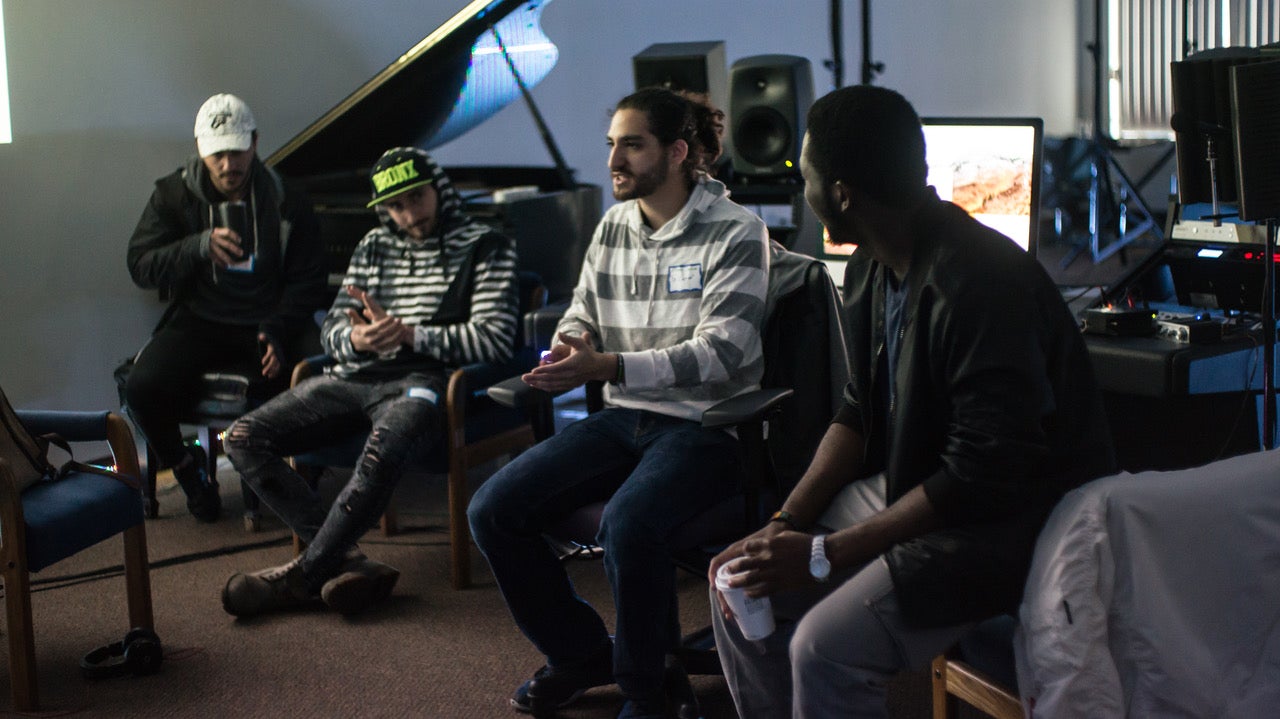 Key collaborator Joy Ndombeson addresses teams to share his vision for the project. 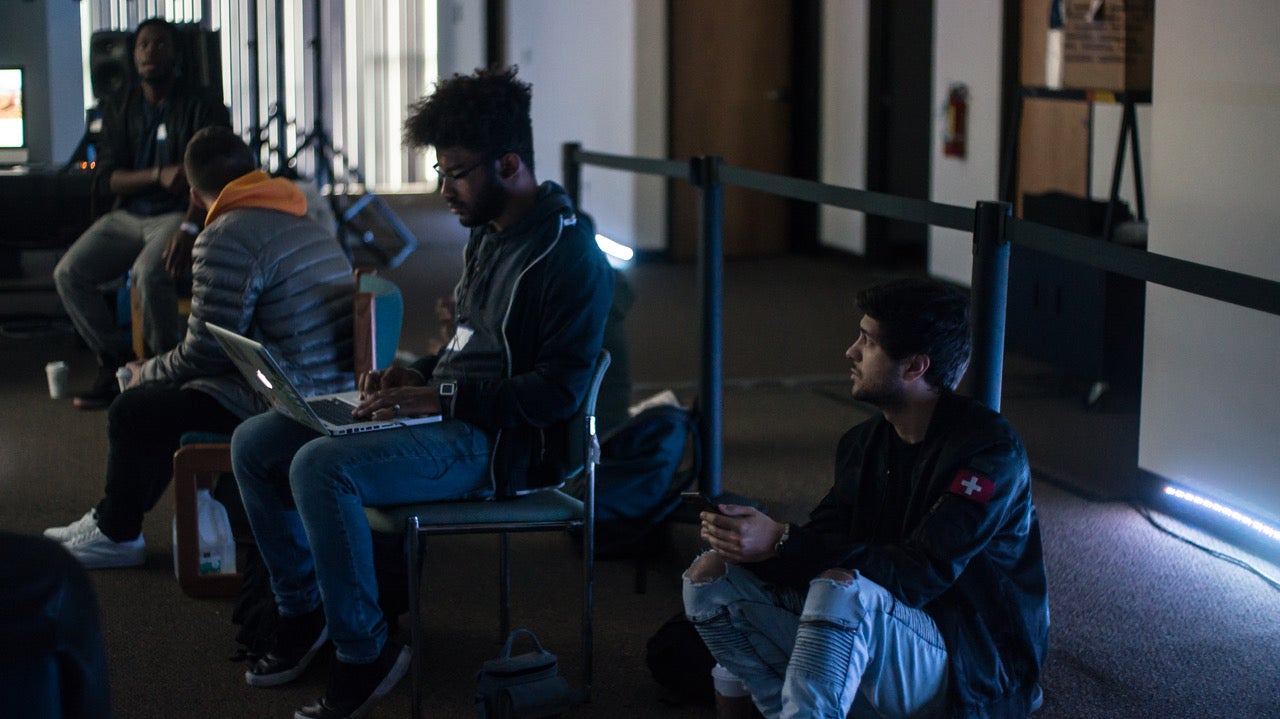 Producer team Kaylon Rushing and Luke Shrestha finish last-minute touches on their tracks before submitting for a group showcase at the Joy songwriting camp. 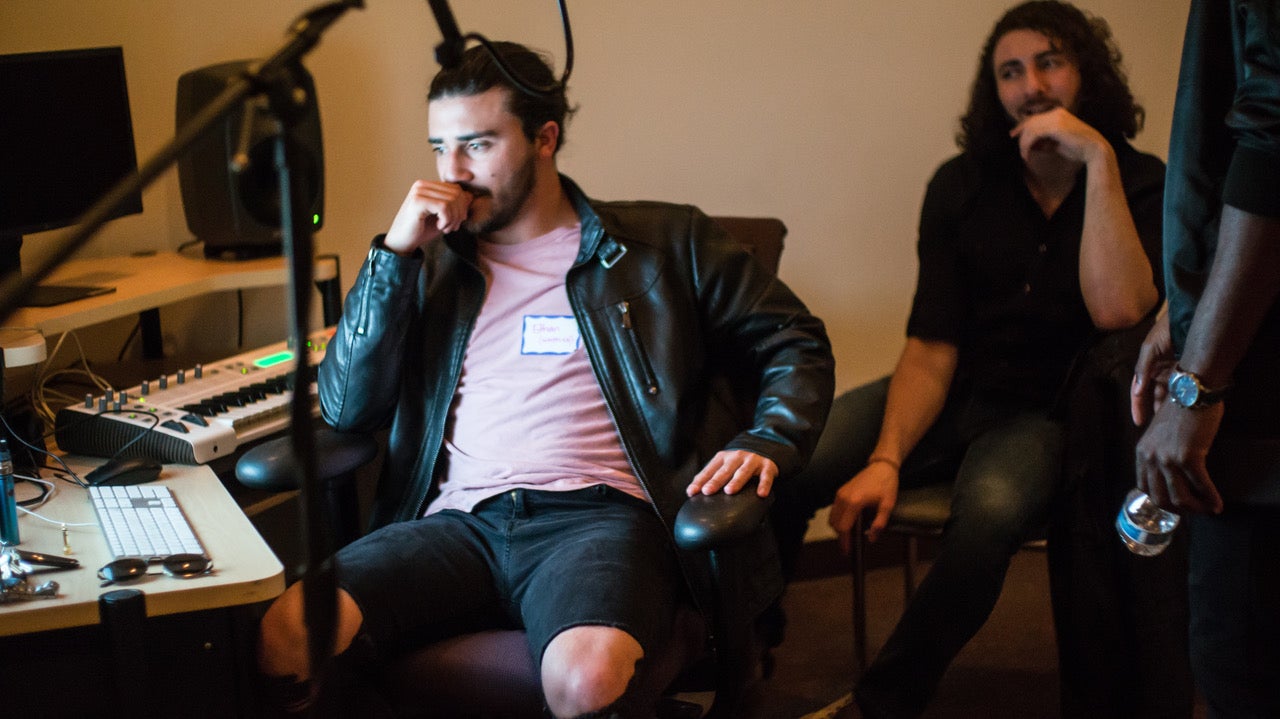 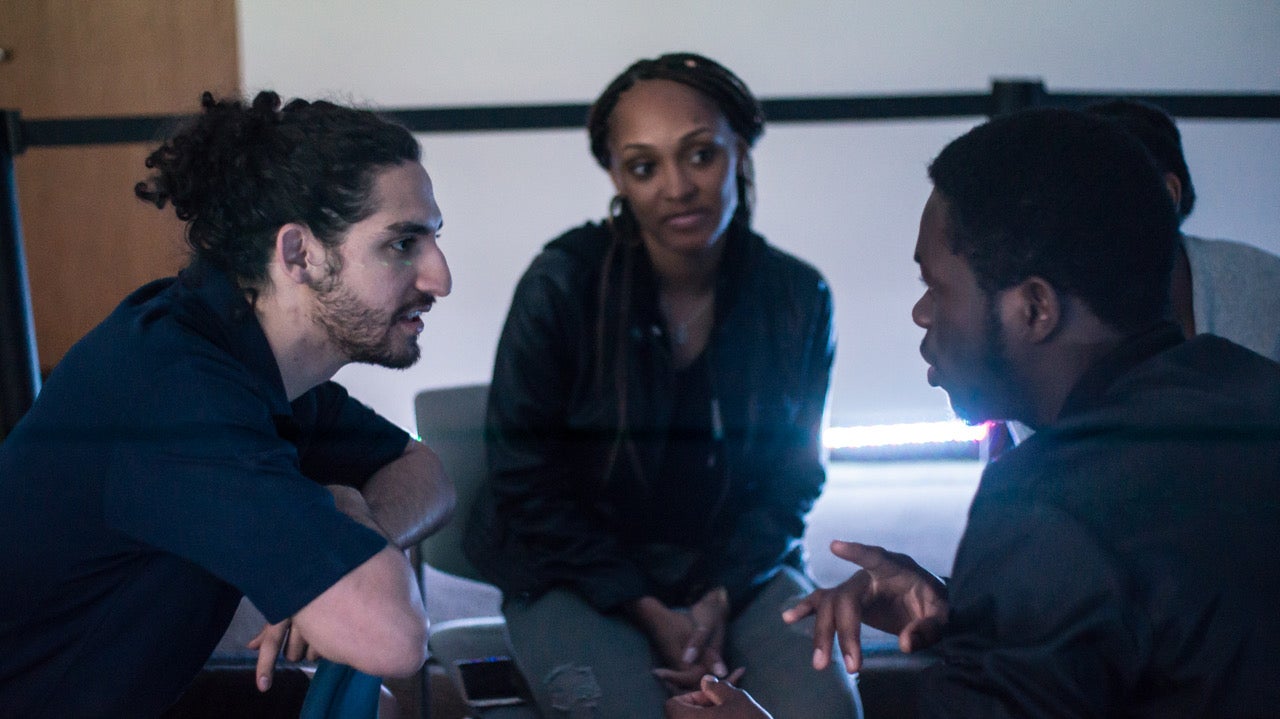 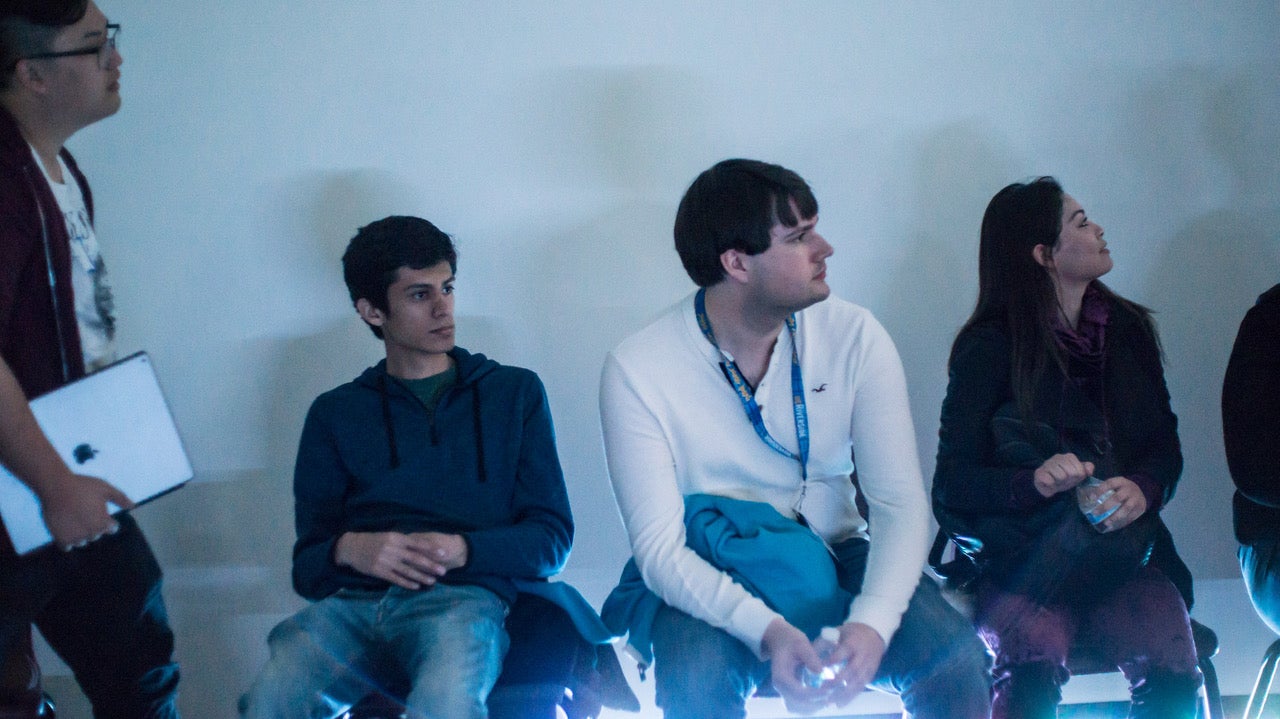